WhatsApp has introduced a number of privacy-oriented changes and features over the years. From being able to disable read receipts, or blue ticks, and even hide your profile picture from some or all contacts. However, one aspect of WhatsApp has not changed for a long time which is the “online” indicator that appears under your name/number on other people’s devices every time you open and use the app.

Now, it looks like WhatsApp is finally working on this, and may make a change to the app in the future that will allow you to turn off the ‘Online’ status indicator entirely, allowing you to open the app whenever you want, without letting your friends, family, colleagues, or anyone find out. .

New report from WABetaInfowhich has a good track record of predicting upcoming WhatsApp features, suggested that the platform is working on a feature that would allow WhatsApp users to control who can see their status online. 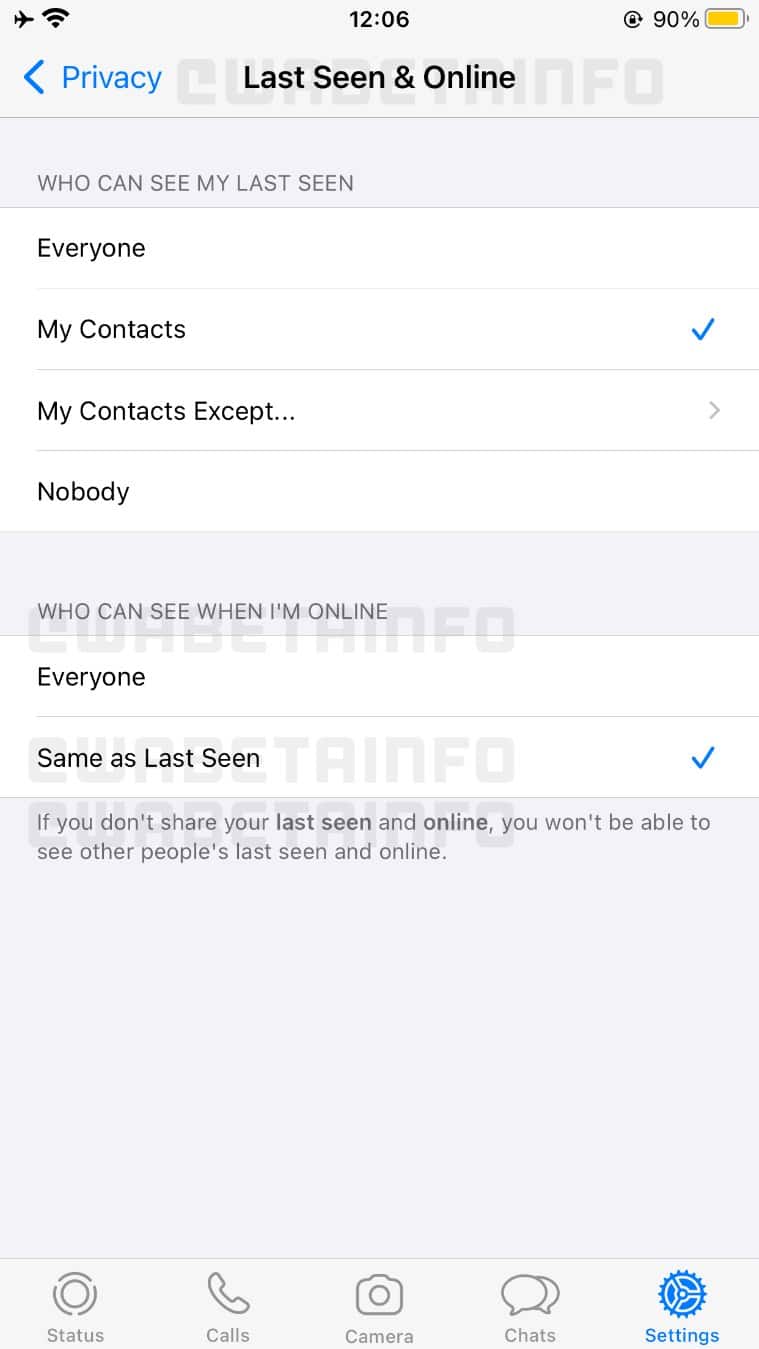 Find out what your new WhatsApp setup will look like. (Image source: WABetaInfo)

As shown in the screenshot shared above, WhatsApp will let you choose between two settings for the “Connected” indicator. You will either be able to set it to “everyone” which will allow everyone to see you when you are online (unless they are blocked) and then there is a “same as last seen” option which will show your “online” indicator to only those who have permission to see your last seen indicator .

The report adds that while the screenshot is being taken on iOS, the feature will eventually reach Android and Desktop users as well. Note that the feature is in development, so there is no limitation on how long it will take. The implementation will first reach beta users, and stable users should get the update after any bugs are settled.