Few of the photos can claim to have captured the exact moment. Even Sir Henri Cartier-Bresson finally said that it was all down to luck. And luck was with Sena Vidanagama on July 30, 1987.

Vedanagama, who passed away on June 6 at the age of 76, was a working photographer for Sri Lankan government-owned Lake House Publications which includes its Daily News group of newspapers. He and Amal Jayasingh, then a Daily News correspondent, were tasked with covering Rajiv Gandhi’s departure from Sri Lanka the day after the India-Sri Lanka agreement was signed. Vidanagama’s black and white photo of what happened that day, taken with the Asahi Pentax, will earn her – and Vidanagama – a place in the complex of journalism’s greatest moments. 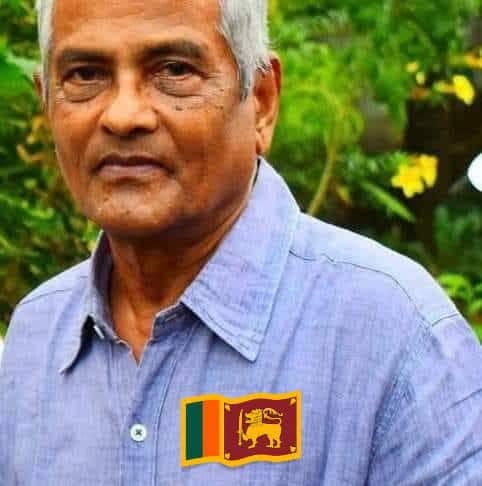 The omens about the agreement were hardly favorable. The news that Indian soldiers would be stationed in the Tamil-dominated northeast had already caused an uproar in Sri Lanka’s Sinhalese-dominated south. Nationalist outrage against Indian intervention – the training of Sri Lankan militants by India, the drop in food of the Israeli Air Force on Jaffna in June 1987 as Sri Lankan forces laid siege to the northern peninsula and believed they were on the verge of victory, culminating in the landing of Indian forces – would It leads to a large-scale insurgency over the next three years.

On July 28, a day before the agreement was signed, 19 people were killed in Colombo when police opened fire on protesters. In Delhi, there was uncertainty over Prime Minister Rajiv Gandhi’s two-day visit to sign the agreement. But it was decided that the agreement would be signed as scheduled.

On July 29, Colombo was under curfew. A contingent of 10,000 Buddhist monks gathered to march to the airport to protest upon Gandhi’s arrival. While the security cordon was being broken, the police shot and killed five of them. Gandhi was accompanied by his wife Sonia. Arrived with their own bulletproof vehicle and a large security unit, they headed straight for an official welcome party at Galle Face Green. Prime Minister Ranasinghe Premadasa was evident in his absence. The agreement was signed later in the day at the Presidential Palace, up the road.

On July 30, as Gandhi was preparing to return to Delhi, he would leave behind an angry nation – in the north, the LTTE rejected the agreement.

In the Daily News, Jayasingh and Vidanagama were tasked with covering the departure ceremony. “It was not a high-priority mission, just a ceremonial event,” recalls Jayasinghe, who later headed the AFP office in Colombo.

While the band was playing, Gandhi inspected the navy classes. A sailor came down right after Gandhi overtook him and lowered the butt of his rifle on the Prime Minister. Gandhi bowed, looked back as he had done, and received the blow on the shoulder. Within minutes, he was beaming back on the ceremonial catwalk with Sonia, President JR Jaywardene, and the First Lady. Sailor Wijimoni Vegetha Rohana de Silva, 22, was arrested and eventually sentenced to seven years in prison. He was released two years later after an amnesty by Premadasa who had become president by then.

Vidanagama was the only photographer to capture the moment of the attack in a still shot, remarkably full of action – Gandhi slouching, Wijemuni rifle butt slung over his shoulder, the guard beside Gandhi leaning to one side.

Remember, this was years before the first digital camera appeared. At the time, cameras had to be loaded with film, and after each shot, a lever was moved to move the film to the next frame. The photographer was unable to confirm what photo he had taken prior to developing the film and hung the negatives to dry.

Thulasi Muttulingam, a former employee of the Daily News, recounted in a blog post an interview with Sina where he details how he captured the shot from a six-foot-high media platform in which all observation points were taken up by international photographers and official Indian and Sri Lankan television cameras. But everyone thought the job was done after clicking pictures of Gandhi’s first steps in the honor guard, and let their cameras down.

“I also finished clicking Rajiv Gandhi to inspect the guard of honor, but I kept watching him navigate below the line of sailors. I acted reflexively when I saw one of the men pass from the organized row of sailors Gandhi was inspecting. I did not really have time to understand or process what It was happening. I simply raised the camera and clicked. In the back of my mind I had a vague idea that Sailor was passing out, but after all, even this was news. I had no idea at that point I was clicking on an attack It all happened so fast… If I had a tech camera today, I could have taken all these shots but had to rotate the Asahi Pentax before each new shot, to focus properly so I lost quite a few [moments]. In those days, you couldn’t click pictures one by one like you can now.”

Pushing the reel into his socks, Vidanagama ran with hope all the way to Lake House. But it was not certain that the picture would see the light of day. There was a confrontation between the editor and the president of Lake House, who was also an advisor to the president.

The president had already told the media that it was an accident – the attacking sailor Wijimoni fell from a heat stroke. This was the story the Sri Lankan government wanted to keep. The Vedanagama pictures showed otherwise.

The Indian side also wanted to downplay the incident, ANI chief Prem Prakash wrote in his book, Reporting India. On the plane to Delhi, while he was telling the rest of the group about the incident, he was told by the Prime Minister’s media advisor, HY Sharada Prasad, not to spread “disinformation” and that “there was no such incident”.

Amid the protests of journalists, Gandhi watched the tape on the flight. Prakash told him that all the international journalists were sure that they had captured the incident. Both sides quickly realized that it was pointless to hide the facts.

Sina’s photo was on the front page not only for the Daily News but for newspapers around the world. As for Lugimoni, he tried his hand at politics, turned astrologer and was arrested again in 2018 for anticipating the attempted assassination of then-President Maithripala Sirisena.

Vidanagama’s image became the definitive image of the attack. I cherish the copy the photographer gave me as a piece of journalistic excellence.