Kangana Ranaut on Thursday received support from Salman Khan ahead of the release of her film Dhaakad. Soon after the makers dropped the new trailer of the actioner, Salman shared the video on his Instagram handle, while also wishing the team.

Salman Khan captioned the video, “Wishing team #Dhaakad the very best! @kanganaranaut @rampal72 @smaklai.” Kangana was quick to reshare Salman’s post and wrote, “Thank you my Dabangg hero heart of gold…I will never say again that I am alone in this industry…thank you from entire Dhaakad team.” 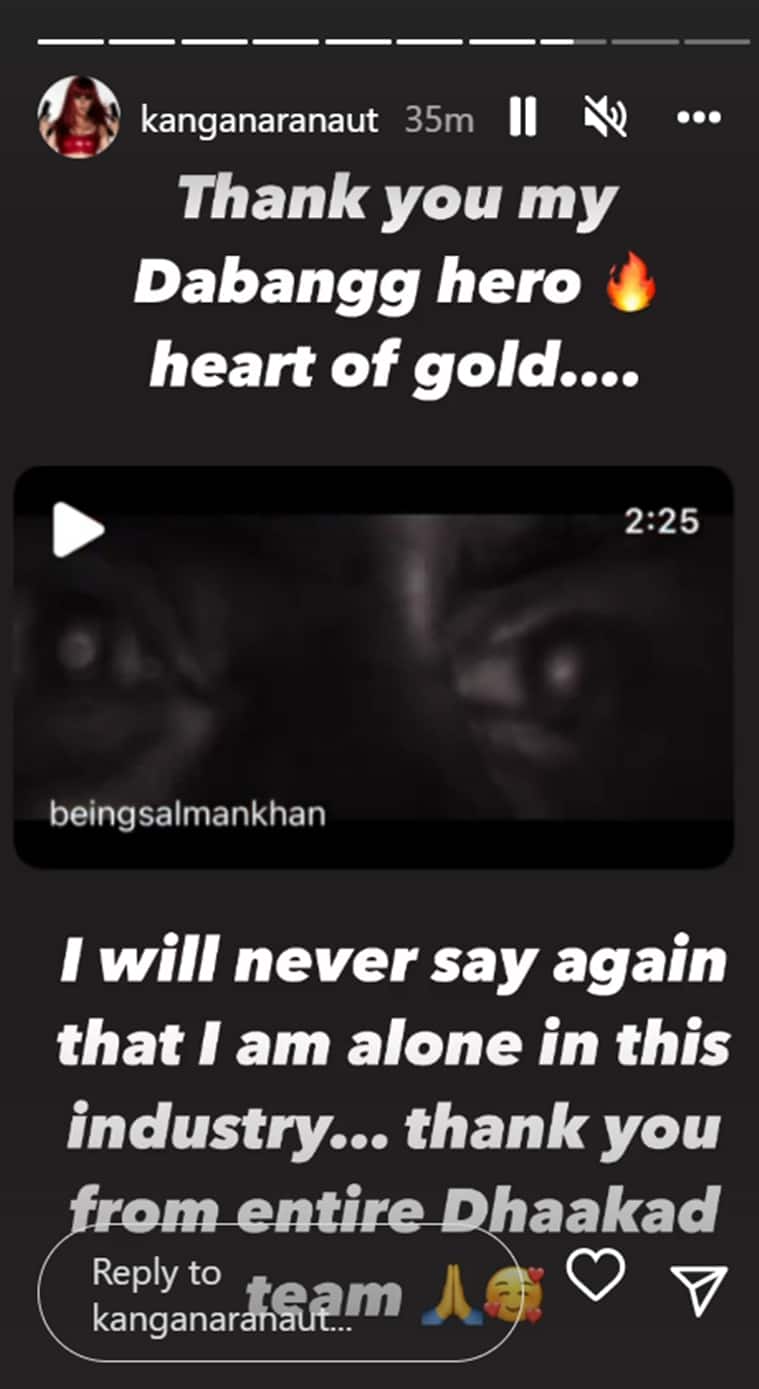 Kangana Ranaut thanked Salman Khan for his support, with a note in her Instagram stories.

The action scenes in the film are already grabbing eyeballs, apart from Kangana’s various looks. The trailers suggest that the movie is loaded with adrenaline rushing sequences.

Dhaakad is directed by Razneesh Ghai. Talking about the film, the director said in a statement, “Dhaakad being my first film will always be close to my heart. Kangana is the new brooding action hero. Her understanding of a screenplay is simply outstanding. She has aced all the intricately choreographed action sequences with perfection. It has been an absolute pleasure to work with her and watch her effortlessly pull off this demanding role. She is an acting powerhouse.”

Dhaakad is set to release on May 20.