Researchers at IIT Delhi have developed a map that identifies the regions in India that are most susceptible to soil erosion caused by rainfall with the aim of assisting in the planning and implementation of watershed development activities to reduce soil erosion.

The map was developed by PhD student Ravi, Professor Manabendra Sahari and Professor Sumida Chakma from the Institute’s Department of Civil Engineering. 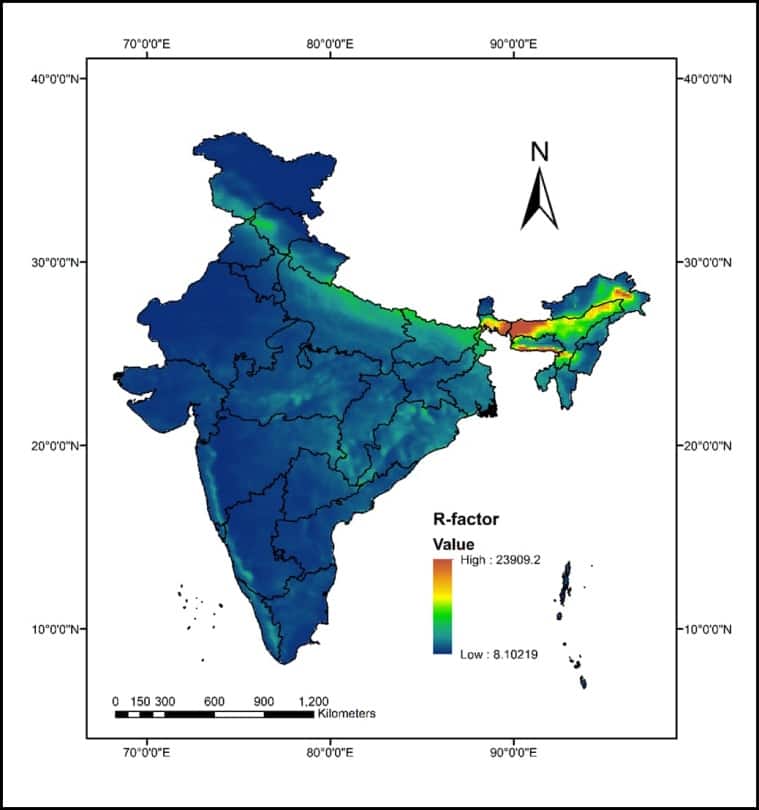 The area most susceptible to rain erosion is in the Laitknsew and Cherrapunji districts on the East Khasi Hills of Meghalaya. The least vulnerable is found in the Mount Shahi Kangri area of ​​Ladakh.

A large proportion of the total eroded soil in India is caused by water erosion, and rainfall erosion is one of the major components. However, current assessments of rainfall erosion in India are largely based on rain gauge recordings and surveys which impede their estimation and understanding of large areas,” explains the summary of their study published in the journal CATENA.

“This is the first nationwide assessment of rainfall erosion over India using networked rainfall datasets, which will help in understanding and mitigating rainfall erosion,” he adds.