Two athletes associated with the Commonwealth Games, sprinter S Dhanalakshmi and triathlete Aishwarya Babu, are back positive for banned drugs, as Indian athletics shamed just days before the multi-sport event.

Both have been disqualified from the upcoming Birmingham Games from July 28 to August 8 and have been temporarily suspended.

24-year-old Dhanalakshmi came back positive for a banned steroid in a doping test conducted overseas by the Athletics Safety Unit (AIU) of World Athletics.

“Dhanalakshmi tested positive for AIU doping test. A senior source familiar with the development told PTI on the condition of anonymity that it will not be going to CWG Birmingham. 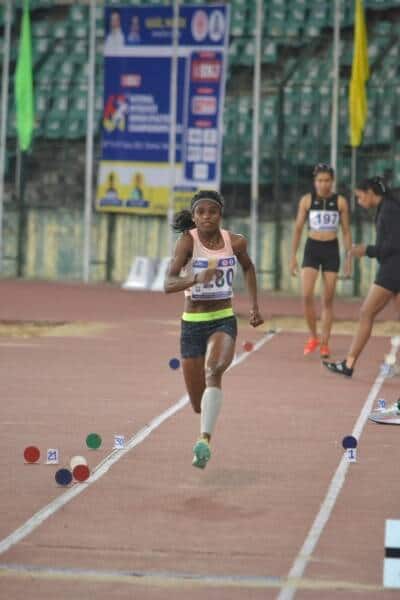 Dhanalakshmi was named to the CWG 100m and 4x100m relay team along with the likes of Dutee Chand, Hima Das and Srabani Nanda.

She was also selected in the Indian team for the ongoing World Championships in Eugene, USA, but failed to make it to the tournament, ostensibly due to visa issues.

Dhanalakshmi clocked a personal best of 22.89 seconds to win the 200m gold at the Kosanov Memorial Athletics Meet on June 26. She became only the third Indian woman to run under 23 seconds after national record holder Saraswati Saha (22.82) and Hema Das (22.88).

The 24-year-old doping sample, which NADA officials took during the National Athletics Championships in Chennai last month, returned a positive result. Named for the triple jump and long jump events of the CWG Indian athletics team.

“The sample of Aishwarya Babu’s triple jump which was taken during the National Interstate Championships, came back positive,” the source said.

Aishwarya broke the national record in triple jump with an astonishing effort of 14.14m to come out undisputed at the National Interstate Athletics Championships (10-14 June) in Chennai.

She had produced a 6.73m effort in the long jump qualifying round during the Chennai event. This was the second tallest long jumper by an Indian woman after legend Anju Bobby George (6.83m).