In our third story in the five-part series on the history and culture of urban villages in Delhi, we take you through the lanes of Chirag Dilli.

Today, Chirag Dilli is a densely populated and vibrant urban village in South Delhi, with a large population of Brahmins, Jats, Jatavs, Valmikis, Muslims (Querishis and Nais), Punjabis and Jains. But if you pass through the alleys of this place, you will discover nuggets of history.

A village built to honor a Sufi guardian

A folk tale says that Sultan Ghias al-Din Tughlaq was building his city Toghlakabad at the same time that the venerable Saint Nizamuddin Auliya was building Baoli (currently Nizamuddin Baoli). The workers preferred to work for their beloved pirates, which infuriated the Sultan. The enraged sultan forbade workers from working on Paoli during the day and forbade the sale of oil to prevent them from working on the site during the night. At that time, one of Awliya’s disciples, Hazrat Nasir al-Din, performed a miracle and lit lamps filled only with water. Hazrat Nasiruddin was given the title “Roshan Chirag Dehli” (or the incandescent lamp of Delhi). He died in 1356 and was buried in the room in which he lived.

Although the village is now surrounded by some of South Delhi’s finest colonies, until the 1950s there was nothing but farmland and dense forests. Among the wilderness was the mausoleum of Hazrat Nasir al-Din Mahmud Chirag Dehlavi. 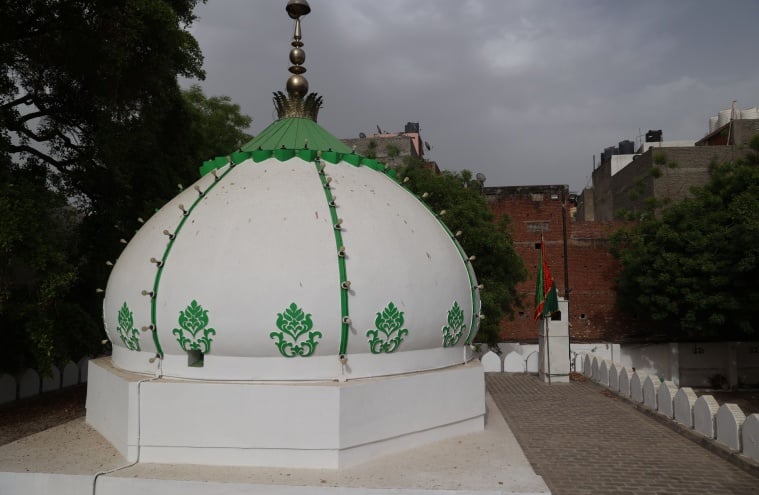 Locals say that most families came to settle here in the early 1900s because it was the only village with a wall and fortified gates.

“Regardless of religion or caste, everyone takes their sick children to the gendarmerie for blessings. Earlier we also used to take our cattle there because it was also like our children and Babaji protected them from the evil eye. “He was the first to Cow’s milk intended for grade.

In 1729, Emperor Muhammad Shah “Rangila” built a fortified wall with four splendid gates around the shrine, as an offering to the dargah. According to a study, when Ahmad Shah Abdali, the founder of the Durrani Empire, invaded Delhi in the early 1860s, people from all over the region sought refuge within the walls of the Dargah and never left. The second wave of settlers came in the 1850s when people again flocked to the fortified area seeking safety during the turmoil associated with the Revolution of 1857 and its aftermath. The safety offered by the village gates is perhaps its most distinguishing feature. Unfortunately, the portals are now invalid and only a fraction of their past glory can be seen. The western gate has completely disappeared and three remain – the northern gate or Dili Darwaza, the southern gate or Kasai Darwaza, and the eastern gate or Takht Darwaza. 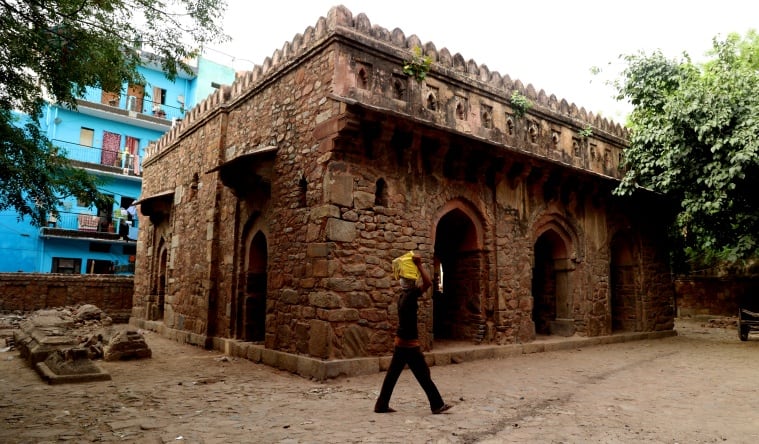 Tomb of Bahlul Lodi: Built by Sikandar Lodi, son and successor of Bahlul Lodi after his father’s death in July 1489 CE. The Sultan wanted to be buried near Saint Nasir al-Din Chirag Dehlavi. However, some historians dispute this claim and suggest Shish Gumbad in the Lodi Gardens as the site of Bahlul Lodi’s tomb. (Quick photo by Amit Mehra)

However, the residents of the village remember how they took refuge here during the partition in 1947. There was a significant increase in the population of the village after 1947. A large part of the land was owned by the servant (caretakers) of the Dargah. who immigrated to Pakistan and was replaced by the Gat community.

In recent years, the urban village has attracted small industries and migrant workers looking for cheap housing in the city. The village also emerged as the “Momo Center”; The lanes are crowded with momo ‘factories’ where popular foods are packed and distributed to local vendors who sell them in nearby markets.

The history of Chirag Dili through the lens of weddings

When we spoke to the locals to learn more about the history of this village, we realized that the lives and rhythms of the Chirag Deli people could also be understood through the stories of one of the most important days of their lives: the wedding.

When asked about the past of his historical village, a woman said, “Itihas ka hume itna nahi pata beti. Shaadi kay baad se ye gaon hi hamara sab hai (we don’t know much about history, but this village was my world after my wedding).” Sixty-eight-year-old Shanti said, remembering her days as a new bride in the village: “These days you can dress whenever you like and eat good food in a restaurant every day. We had limited resources in the day. Forgetting to dress, we used to shower in the village well. Only once in two days. We’d quickly pour a bucket of water on ourselves (all dressed) and that was it. Now imagine you’re the bride and bathe in turmeric and milk. It was a thing.”

The women recounted how families collected basic foodstuffs such as wheat, ghee and sugar. About a month ago, the women were sitting together and beginning to grind the wheat into flour.

Another resident, Mangola, said, “Not one family will have food to feed the bars (the wedding procession). The wedding will not only be hosted by a family, but the whole clan will be hosted by it. I remember we used to sing folk songs and work on the chakis (flour mill). It was Some of us make and wrap ladoos for shagun (party).”

Mangola states that in her time, brides had no say in choosing their partner. Many of them marry at the age of 8-12 years. She adds, “We would sit in our long veils and not even know who was present at the wedding. The groom and his family would look at the bride’s feet to see if she was fair or not. But youngsters these days say hello, hug and kiss each other before the wedding.”

Speaking of today’s youth, women have come to a consensus that “modern passionate marriages” are best for women because they are free to choose the right life partner. However, they express concern about the “collapse” of “traditional ways” as more and more young people are marrying outside their caste. The idea of ​​caste inbreeding continues to influence most urban villagers.

Celebrating in times of trouble

Shami Sultan, another resident, told us how he met his wife after the Indo-Pakistan war in 1965. He said, “It was not all clear when my family met the bride’s family. The war continued until September 1965 with sadness in the air. I was 21 years old. Only a year and then Prime Minister Lal Bahadur Shastri had imposed food rationing, which prevented us from holding weddings and large gatherings. His idea was to get the economy back to normal, but I just wanted to get married. We stopped mourning and mourning in the air anyway and ensured a silent celebration, And we pushed the government ban even further.”

Sultan recalls: “I received a government notice written on my card about the oversight and regulation. But I couldn’t control it and my wedding was attended by 100 people. Food was limited and instead of rice with verni, my wedding had rawa verni (semolina pudding), pulao, and kalia. Each guest was offered a piece of paan (betel nut) at the end.”

Besides the village, wedding traditions, women’s choices, clothing, food, and culture have also evolved over time. The constant interplay of rural and urban influences appears in even the most intimate places in people’s lives. The disagreement between chocolate cake and bacha is just as strong as the struggle of individuals trying to embrace the modern rules of courtship while satisfying the age-old code of conduct about class, religion and gender.